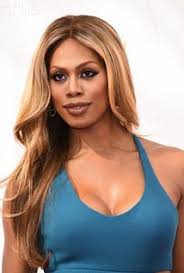 Netflix show “Orange is the New Black” is a firm favourite with everyone at WoK HQ it should come as no surprise that Laverne Cox has made it onto our list.  An outspoke LGBT activist with an emphasis on the T and a talented actress she has racked up an impressive number of firsts including being:

Born in Alabama known for its civil rights history Laverne was often teased for being too effeminate a comparison made more apparent because she also has an identical twin brother.  By age 11 she had recognised that she didn’t feel like a boy “should” and as she got older she made the decision to transition and in so doing became the outspoken and proud African-American and trans* activist and pioneer.  In her own words:

“I am a person of color, working class, born to a single mother, but I stand before you tonight an artist, an actress and a sister and a daughter, and I believe that it is important to name the multiple parts of my identity because I am not just one thing, and neither are you”

Today’s profile is may be a controversial choice, but we felt that it was important to look at the awesomeness of women from a range of angles.  The reason that we chose Princess Diana isn’t because she was a princess, but rather she was a symbol of womanhood that so many of us can relate to.  Her well documented failed marriage to Prince Charles and lurid headlines about her subsequent relationships struck a chord with us here because anyone who knows the pain of heartbreak can only imagine having to manage that pain in the public eye.

Being a mother to the future King of England was no mean task and then being ripped away from her children when they were so young is something that any mother can tell you is her worst nightmare.

But in addition to her sons, the true legacy she left behind was her compassion evidenced through her extensive charitable work.  A passionate advocate for AIDs charities long before it was acceptable to even talk about HIV and AIDS and long before legislation was enacted to provide protection from anyone afflicted with this disease she provided comfort and much-needed media attention to the human beings behind the stigma.  Her international charity work was also world-renowned, and it is for these reasons that we recognise her as a phenomenal woman.  Heres a piece of advice from the woman herself:

“Carry out a random act of kindness, with no expectation of reward, safe in the knowledge that one day someone might do the same for you.” 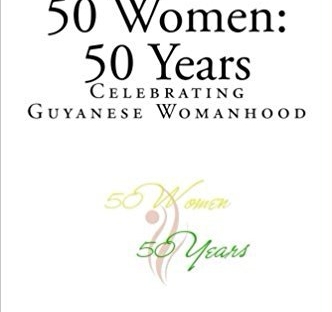 In 2016, we published a book about Guyanese women.  Today on International Women’s Day we wanted to celebrate the women who were part of that book.  The thought-process behind the book was that we wanted to showcase ordinary women leading extraordinary lives and use the book as a way to inspire the next generation and force this generation of women to step into their own spotlight and acknowledge their greatness.  To do this, we asked each woman three simple questions:

To say that we were blown away by the responses would be an understatement.  The inspirational quotes were insightful and uplifting, and the achievements of these women ranged from overcoming adversity, nurturing children, siblings and other family members to developing businesses and achieving academic success.

To build on the success of this book, we are proud to announce that we are opening calls for contributions to our second book which will be entitled “Women of Kaieteur – strength, grace, and endurance.  If you or someone you know want to be profiled in the book, please ask them to send to complete the attached form.

Why not grab a copy of 50 Women: 50 Years from Amazon and help us to continue our good work.  All funds raised are used to help women and girls in Guyana.

You may or may not have heard the name Tegla Loroupe.  When we heard about her at WoK HQ, we knew that’s he had to be featured as one of our phenomenal women.  Tegla was born in Kenya in 1973 and is the proud holder of multiple world records with one of her most notable achievements being that she was the first African woman to win the New York Marathon.  An outstanding athlete and fearsome foe in marathons and long distance races she is also a dedicated humanitarian worker advocating for peace through her humanitarian foundation.

On the eve of International Women’s Day it seemed fitting to recognise her due to her international peacekeeping and humanitarian work as well as for her resilience.  Little known facts about her include that she learned to run distances when making her journey to school every day across a distance most of us couldn’t comprehend and then later due to her slight frame she struggled to be permitted to compete as a professional athlete but persisted.

The lesson we think she can teach us all is persistence, resilience, ambition, and humility.  Her actions demonstrate a leader who flourishes through service to others.

Now for one of my personal favourites, the singer, and songwriter Pink.  Pink or real name Alecia Moore is well known for her outspoken female anthems and for her clear stance on issues such as self-love, self-confidence, and female empowerment.  But in addition to being all of those things and one of my favourite singers it is her role as a mother that has stood out in recent years as we have watched her send powerful messages of hope and inspiration to young girls everywhere through her relationship with her daughter.  One of my favourite moments was when she dedicated her VMA award to her daughter in a moving and emotional speech.

In the speech, she recounted a conversation that she had with her daughter that I want everyone woman and girl to read and that I want every member of Women of Kaieteur to read.  It went like this:

Benazir Bhutto was twice elected to be Pakistani Prime Minister, first in 1988 and again in 1993.  Not only was she the first female Prime Minister in her native Pakistan but she was also the first woman to be head of a democratic Muslim nation.  Her achievements are even more notable because of the time during which she achieved them.  In recent times we have seen more acceptance for female heads of states, but years ago the battle was even harder.

As we near International Women’s Day we thought that a female political pioneer was a fitting profile to include in our Phenomenal Women series especially because as an accomplished and educated woman she proves one of the fundamental principles that Women of Kaieteur was built on.  “Education is key, with education doors will always open for progression”  We want every woman and girl to remember that the key to their success lies in education, both formally and informally.  Statistically, a woman who is skilled and/or educated will have an impact on so many lives including her own, her family and the community to which she belongs.

We particularly liked this quote from her demonstrating the strength of a woman:

“Being nice should never be perceived as being weak.  It’s not a sign of weakness,, its a sign of courtesy, manners, grace, a woman’s ability to make everyone ….. feel at home, and it should never be construed as a weakness.”

Our fourth profile needs no introduction Dr. Maya Angelou was a critically acclaimed poet and author, a survivor, a civil rights activist and an inspiration to men and women alike. My introduction to Maya Angelou was at age 13 when I read the first part of her autobiography “I Know Why a Caged Bird Sings.”  The book changed my life, and I was suddenly hyper-aware of the privilege I had through my comfortable home and loving parents.  It made me grateful and determined because her story started with so much pain and yet she overcame this pain and arose as one of the world’s greatest female inspirations.

Born in 1928 to parents who eventually separated Maya was sadly raped at the age of 8 by her mother’s new partner.  She told her brother who raised the alarm with the rest of the family and when the man in question was only imprisoned for one day her relatives meted out their own brand of justice, and he was found murdered.  Convinced that it was her fault that her abuser was dead Maya stopped speaking as she was afraid that her voice caused harm.  As we know from her numerous appearances, she eventually found her voice and went on to use that voice as a force for good.

At Women of Kaieteur, we know that sexual abuse and interference are all too common and we always advocate for women and girls to use their voices to highlight injustice and help break the silence that often haunts victims.  One of our favourite quotes from Dr. Angelou is

“There is no greater agony than bearing an untold story inside you.”